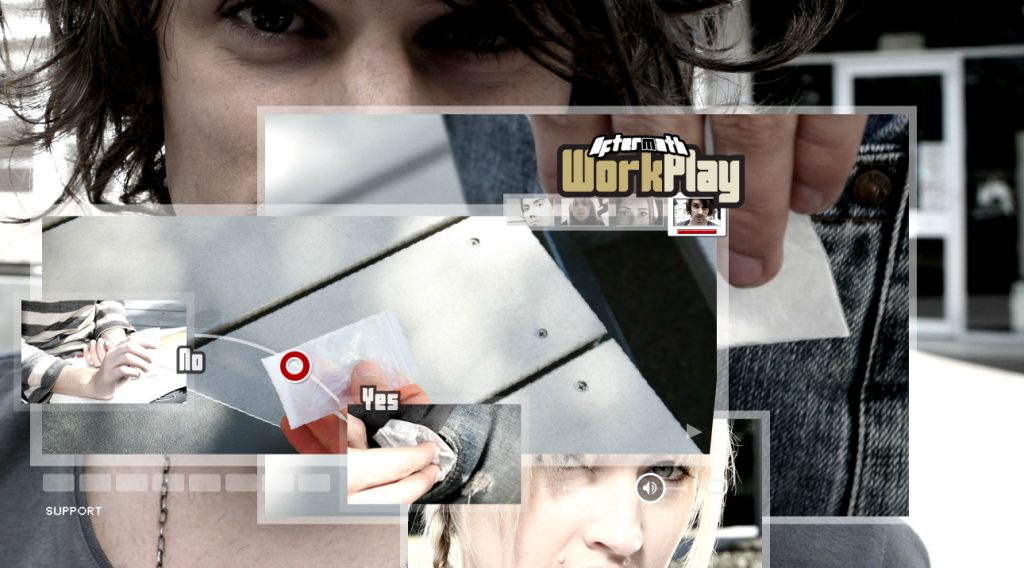 I was contracted to create, build and deploy an innovative solution to generate awareness around the dangers of mixing Illicit Drugs. The project was rolled out on touch screen kiosks located at major Universities and TAFE colleges around South east Queensland.

As the senior UX/UI designer and technical director I worked with the team to create the interactive narrative that combines film, gameplay and education to highlight the dangers. Through the use of real-world simulation users are able to put themselves into the situation and to see (and learn) for themselves the ramifications of their actions. 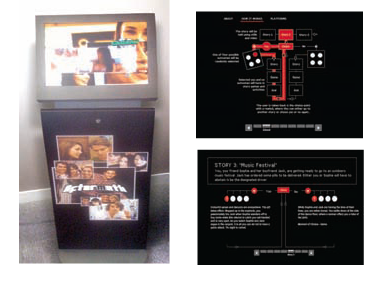 Aftermath was produced for Health Queensland as an e-learning application to highlight the dangers of mixing illicit drugs. As such it was required to go through high levels of approvals and focus group testing throughout the process. Each narrative was tested and validated via a series of focus groups, the results were then used to drive script changes and support the decisions made by the department internally.

The project uses interactive video, shot in the first person, in a scenario model that requires the user to make a “yes or no” choice in certain situations. The choice gives it a game element, and the fact that the user needs to actively interact as opposed to passively watching achieves the goal of a higher learning outcome.